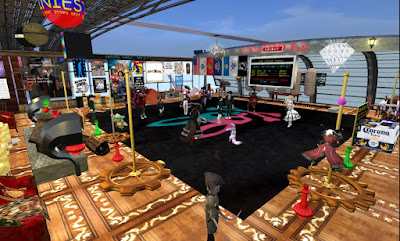 Friday March 4 was the Pirate party at Club Cutlass. When the Sunweaver community was in it's early days, Club Cutlass started out as a pirate-themed club, hence the name. While it's taken many forms over the years, the name never changed. 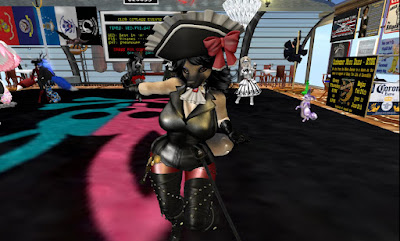 And this night, the hearties partied, in various pirate outfits. This included a mouse buccaneer - "I be a pie rat.". 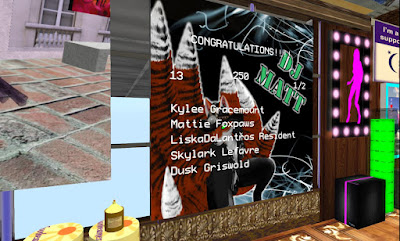 Finally came voting time, and we were to choose the best in theme. On the Men's board, there was a tie between two guys: Zorro Wuramunga and Bixyl Shuftan (myself). But on the women's board, there was a surprise! While there are occasional three-way ties, this time it was a five-way tie! Kylee Gracemount, Mattie Carlton (Mattie Foxpaws), Liska da'Lantros (LiskaDaLantros Resident), Snowy AngelBun Lefavre (Skylark Lefavre), and Ginger (Dusk Griswold). So it was a night of seven winners! 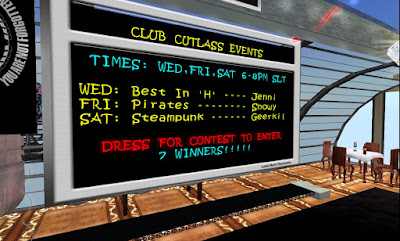 While amazing, the night wasn't the first time a club event had so many winners. In February 2021, there was another. Still, it was a night to remember. And the following night, we found Jenni couldn't squeeze all the names on the board.