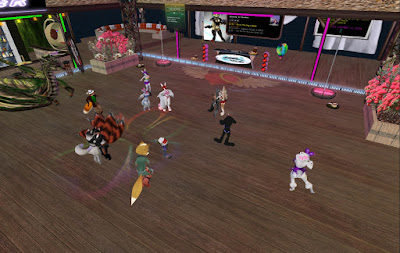 Since it's appearance in November 2020, the newest of the Sunweaver clubs, the Bouncing Bunny Beach Club, has entertained people with events twice a week. 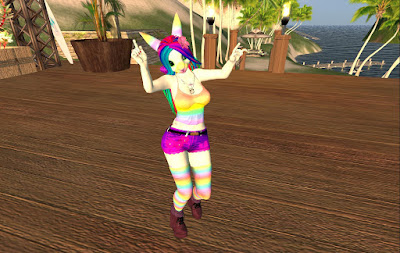 A few people did scratch their heads when they first heard about it, "do we need another club?" But just about everyone has come to like the bunny and beach-themed BBBC, or "Beeb," as it's occasionally called. 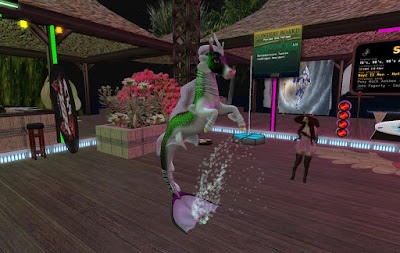 And the place is starting to see it's share of funnery. Sunday February 7 was when the club had it's "Horse and Pony" event. The party was intended for fans of pony avatars to "horse around," and others could use anthro equine avatars or perhaps be an anime ponygirl. Then Jasmine Dawn (OraSine Resident) showed up, in a seahorse avatar. 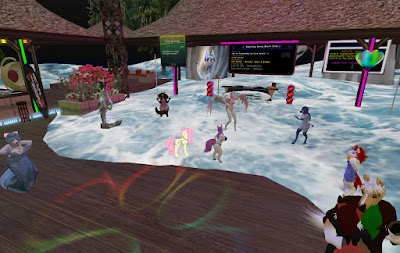 And before long came one of the hazards of a beach club, the tide came in. 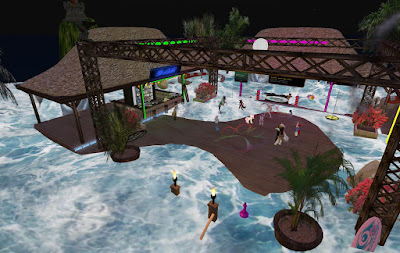 And the floor started getting wet as waves brought water over. 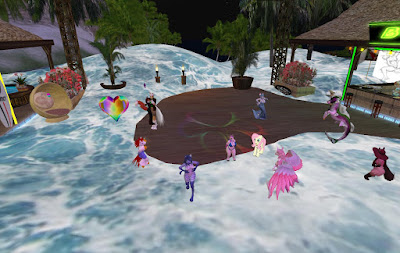 In "My Little Pony," some of the equines have a little magic power. Could the seahorse have used a little pony magic of her own? Jasmine commented about "When a certain pain in the a** stopped in and made a royal splash. Heehee!" 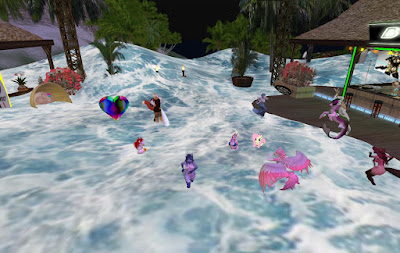 "I did give fair warning I was going to wave people, at them, on them, around them ." 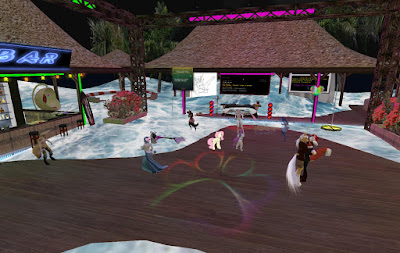 Eventually though, the water began to retreat. 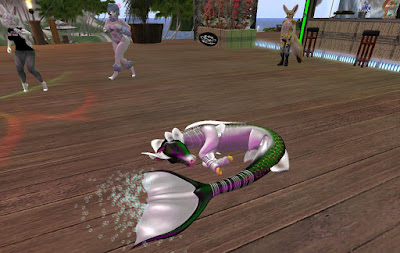 And the seahorse decided to nap. 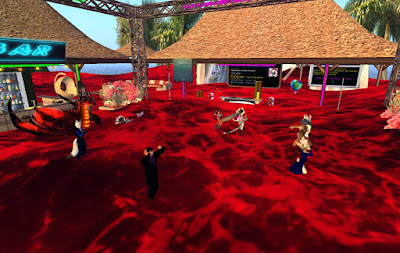 But it wasn't the end of the flooding as soon the "red tide" came in. 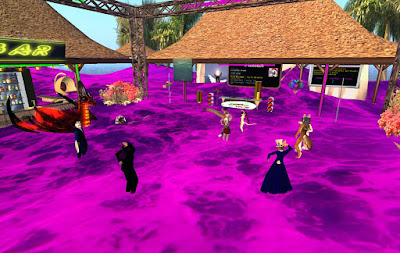 Before anyone could compare things to the "red rum" scene in "The Shinning," things began to look closer to some fruit drink commercials. 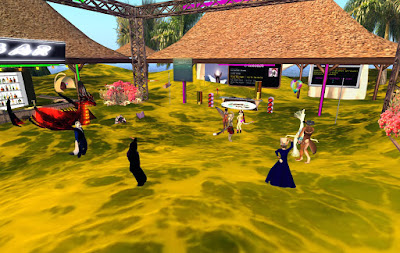 I *hope* that was lemonade. 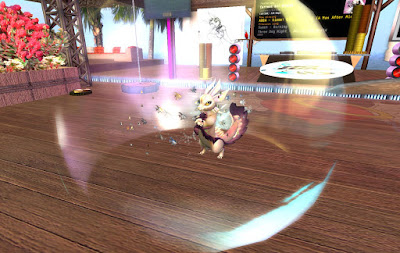 By this time, Jasmine had changed to a noodle dragon, and was showing off some more aquatic magic. Did she end up dreaming the colored tides in her sleep, she wasn't telling.

The Bouncing Bunny Beach Club has two events a week, Sunday from 3 to 6PM SL time, and 7 to 9PM SL time.

Posted by Bixyl Shuftan at 2:30 PM