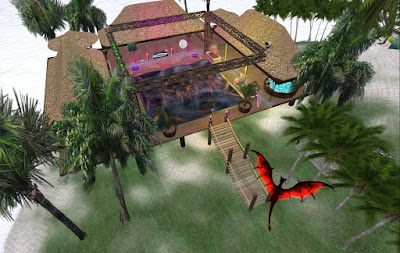 There's a new hangout in the Sunweaver community. The Bouncing Bunny Club. It is located in the southeast corner of the SunWater Three sim. The venue was set up by Nydia Tungsten. 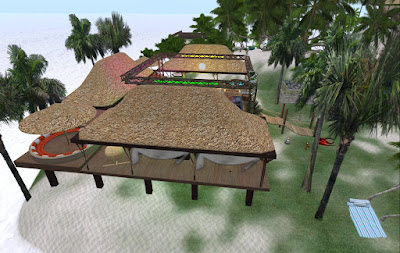 The location isn't intended to be a full-time club, but is a place for people to just hang out, or for a DJ with access to the machine to start an impromptu event (provided it doesn't cut into an event at one of the active clubs). 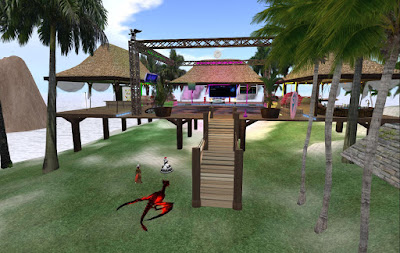 If the building looks familiar, you may have seen it when it was briefly used as the "Happy Vixen" at one short point in it's history. It was also seen in two of Nydia's videos, "Wipe Out" and "Margaritaville."

The Bouncing Bunny Club takes the place of "The Oasis," which was in the same location but taken down, and the "Drunken Parrot" which was on Sunweaver Bay but was taken down by it's manager last weekend.

Posted by Bixyl Shuftan at 2:30 AM