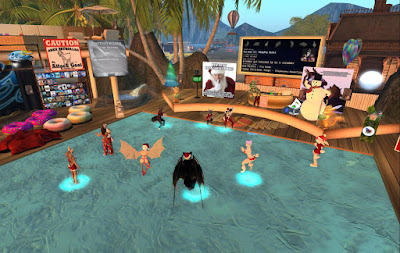 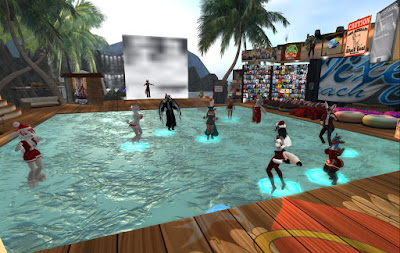 Are you SICK of those sappy, sugary sweet Chistmas tunes they have been playing since late October, mid November? are you ready to poke a hole through your own eardrums JUST to get away from it? Well DJ Naughty Nydia has the Answer for YOU! She's got a lot of new songs and of course the popular ones from the past, all of these great tunes will be spun by DJ Naughty Nydia starting with $500L's on the board it all starts at 4pm SLT. 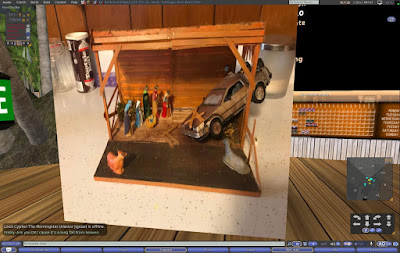 For seven years, "Naughty Nydia," as Nydia Tungsten is known while DJing, has done these events.  Three boards around the place showed a slide-show of pictures, most too frisky to show in a family friendly paper. 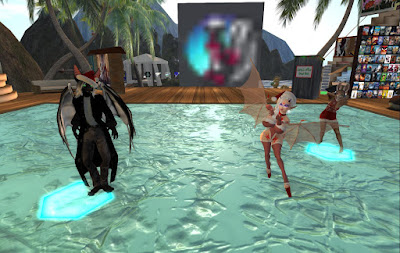 People showed up in all kinds of outfits, some were Chtistmasy but a bit twisted. 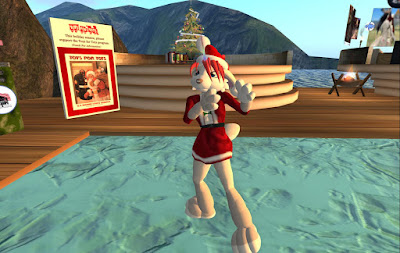 And some were just nice and Christmasy. 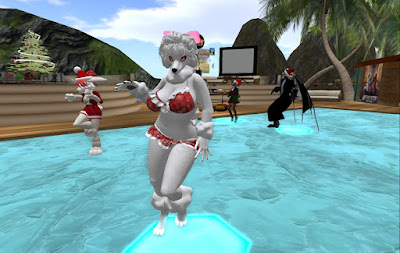 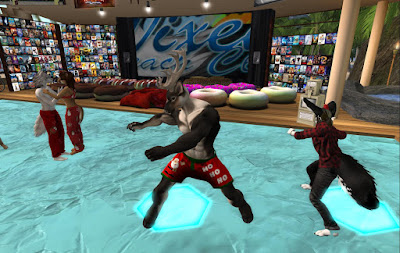 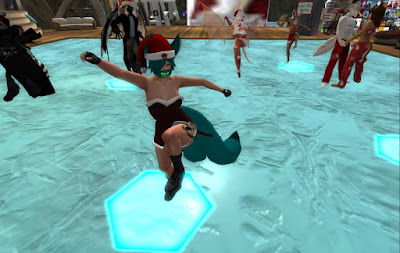 I can't show a close-up of what Nydia was wearing as while technically nothing "bad" was showing, it's probably still too much for workplace-safe reading. 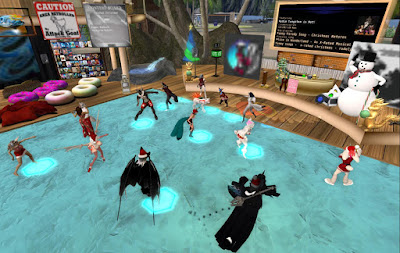 The party went on, with "Frisky the Snowman" brought back for the occasion, dropping one lame pickup line after another, "Are you okay, 'cause it's a long fall from Heaven." "I put your picture up at the post office, 'cause you're wanted by me." "If a fat man puts you in a bag tonight, don't worry. I told Santa I wanted you for Christmas." 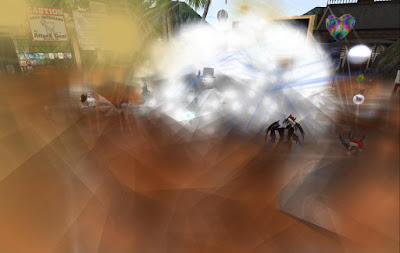 Near the end of the event, Nydia went ahead and let one of the girls nuke the perverted snowman. 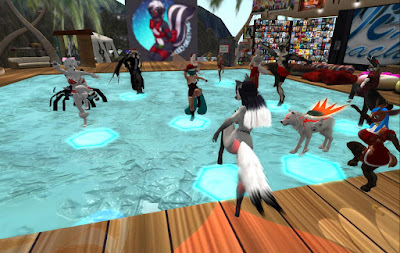 The contest, the prize of which had been bumped up to 1000L, was won by Dusk Griswold.

It was a party to remember.