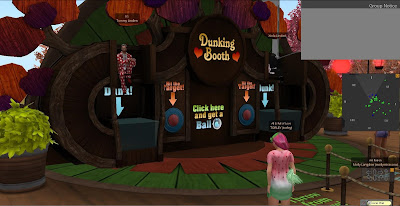 Besides the "Hug a Linden/Dunk a Linden" events on the Isle of View on February 14, there were a number of Valentines Day happenings across Second Life, some taking place a little earlier or later. 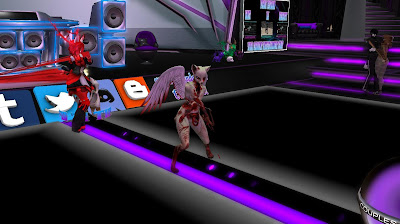 The Furry Fashion Lounge on Saturday Feb 11 held a "My Bloody Valentine" event with a twisted look at the holiday, DJ Scratch appearing as a zombified cupid. Wearing that avatar certainly took some guts. 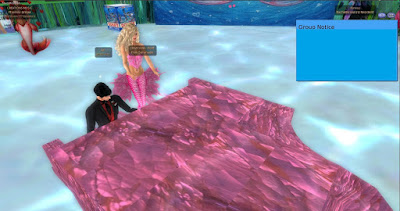 Creations for Parkinsons holds mermaid events every Tuesday at Noon. This February 14, they had a Valentines Day themed one with pianist Ari (arisia.vita) playing music. Here he is with "Creations Mom" Fran Serenade, whom later in the week would be celebrating her 90th birthday. 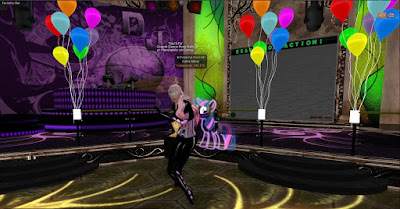 Safra Nitely, a friend of the Newser, had a small party.Including her, there were close to a dozen there. Some were in outfits that were a bit frisky to show, though. 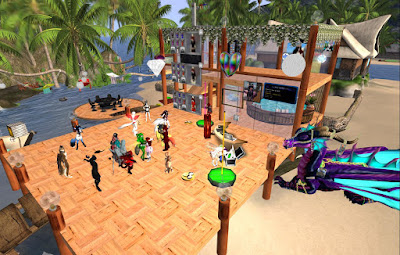 The Happy Vixen would hold four events that week with appropriate themes. On Tuesday February 14 at 4PM was a "Pink and Red" event, with DJ Geerkil. 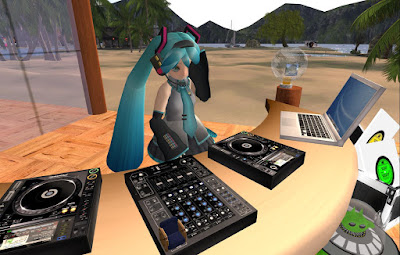 At 6PM, DJ Tantari played her "Digital Love" track for the Valentine party, which had a number of Japanese vocaloid songs. At one point she was in her own vocaloid avatar. 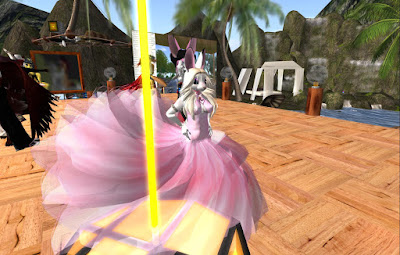 Thursday would have the "Leather and Lace" party, some lace outfits were a little too see-through to display here, and a formal party. Skylark Lefavre as "DJ Snowbuns" had this pink dress. 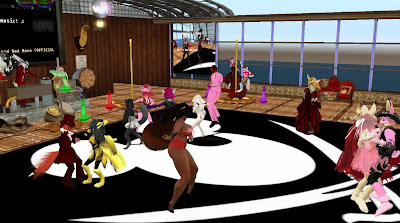 On Friday night, February 17, Club Cutlass held it's own "Red and Pink" party. 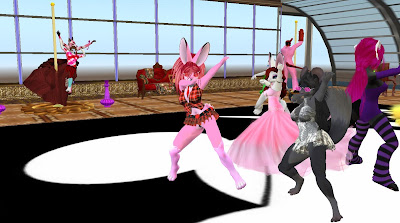 It was a chance for those attending to see the Sunweaver chieftess Rita Mariner in pink, or a "bubblegum bunny" as she was called. "Strawberry Quik" anyone?

Cutlass has it's formal party tonight, Saturday February 18, at 6. So one more Valentine event this week.