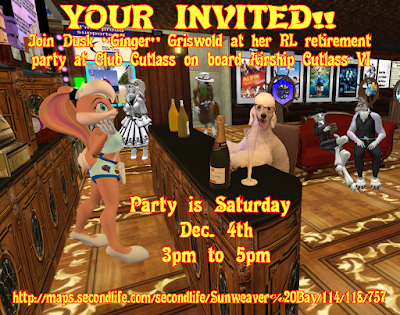 On Saturday December 4, the Sunweavers decided to hold a party to celebrated a real-life milestone of one of their longtime members. Dusk Griswold, also known by her display name Ginger, was retiring from her real=life job. 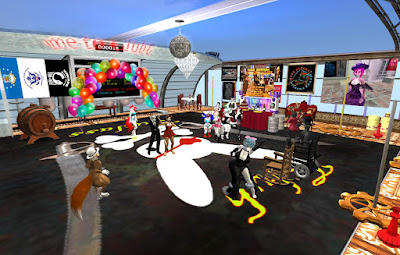 Dusk "Ginger" Griswold invites you to come to her retirement party from her real life job with the United States Postal Service. Party is Dec 4th from 3pm to 5pm at Club Cutlass onboard the Airship Cutlass VI . Come dressed casual, there is no contest. The music will be of the 60's and 70's mostly. DJ Snowy AngelBun will play tunes first hour with DJ Cynthia Farshore the second hour. 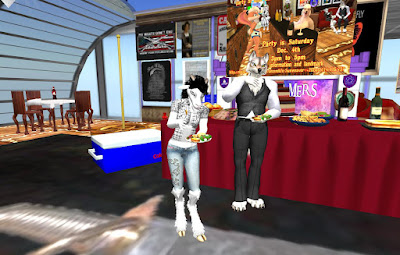 As the announcement stated, the party ran just before the main event on Saturday, from 3 to 5PM SL time, with no contest. The food table got some attention. 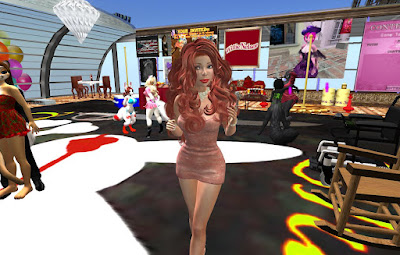 Among those stopping by was Sabine McGettin, the former captain of the old Passionate Redheads team for the Relay for Life. 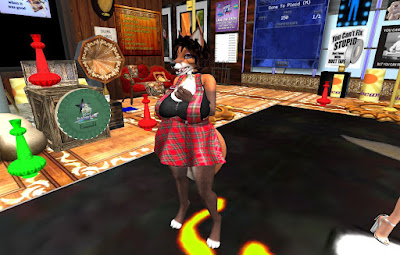 Dusk, getting ready for the next event that night, "Going Plaid." She was retiring after over thirty years in the US Postal Service. Quite a long time.