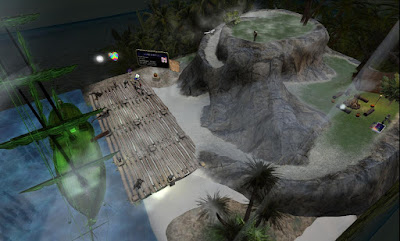 It's October at the Happy Vixen Beach Club. And that means the venue's annual tradition of having a Halloween area. Jasmine Dawn (Jasmine Knickers) has been making them for the past several years. This year, she constructed a Ghost Pirate Island. 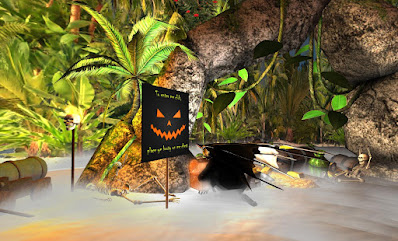 So how do you get there? Well, if you head to the Happy Vixen's usual entrance at Purrfection Estates (236, 219, 24) , you'll see a sign, "To enter me club, place your booty in me chest." Clicking on a chest with "teleport" over it, your avatar will be seen opening it. 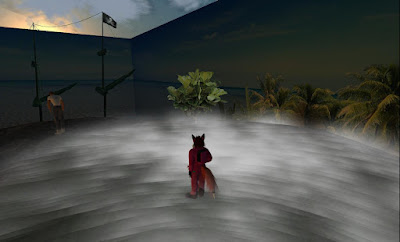 And then you find yourself on the foggy top of a hill. 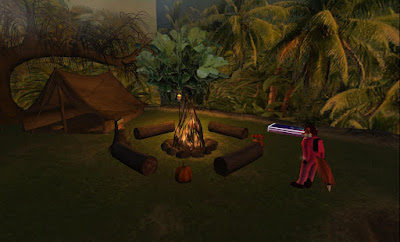 On the way down, you find a campsite, with a tent and bonfire. Marshmallows anyone? 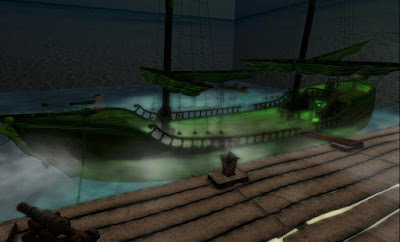 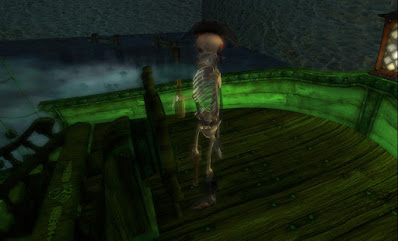 Ghost can't drink liquor well, not being able to handle the "boooooooos." 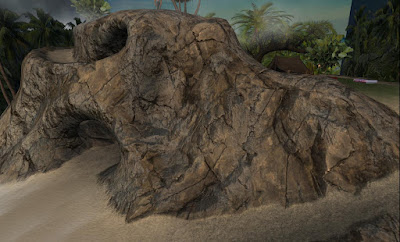 So where is the pirate treasure? Well, there's a cave. 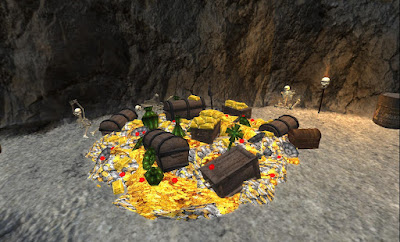 And inside is the treasure, and what's left of the pirates whom couldn't leave it behind. 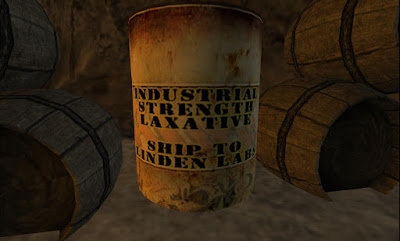 There were some supplies nearby, intended for different purposes. 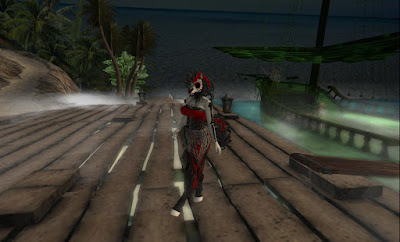 The build was made by Jasmine Dawn (Jasmine Knickers), whom for the past several years has made the Happy Vixen's Halloween areas. 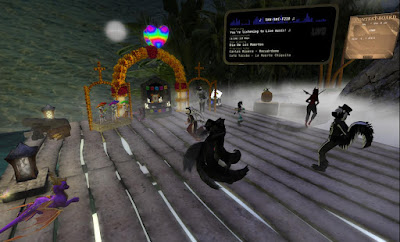 The build has been operating since Monday night, October 11. But Jasmine had a theme for Sunday October 17 for her set from 5 to 7PM: "Day of the Dead." 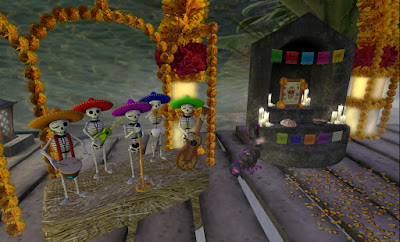 In case anyone is wondering about my event this Sunday evening from 5 to 7om SLT,   "'Day of the Dead'  or 'Día de los Muertos'  is a holiday holiday celebrated on the 1st and 2nd of November. It originated and is mostly observed in Mexico but also in other places, especially by people of Mexican heritage elsewhere. Although associated with the Catholic celebrations of All Saints' Day and All Souls' Day, it has a much less solemn tone and is portrayed as a holiday of joyful celebration rather than mourning. Family and friends gathering to pay respects and to remember friends and family members who have died. These celebrations can take a humorous tone, as celebrants remember funny events and anecdotes about the departed. 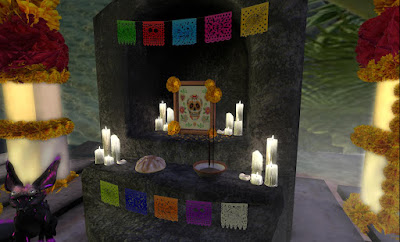 "Traditions connected with the holiday include honoring the deceased using calaveras and aztec marigold flowers known as cempazúchitl, building home altars called ofrendas with the favorite foods and beverages of the departed, and visiting graves with these items as gifts for the deceased. The celebration is not solely focused on the dead, as it is also common to give gifts to friends such as candy sugar skulls, to share traditional pan de muerto with family and friends, and to write light-hearted and often irreverent verses in the form of mock epitaphs dedicated to living friends and acquaintances."

Yes I know I'm a little early in doing this event. But I felt that everyone that has lost someone needs be reminded that though that friend or family is gone, they will never be forgotten. 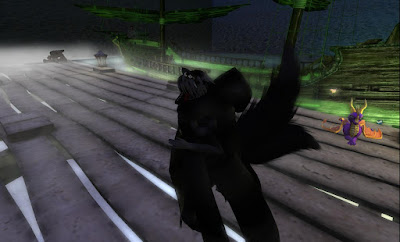 Jasmine had a special avatar made for the event. Others appeared in skeleton clothes, as skeletons, or other spooky looks. 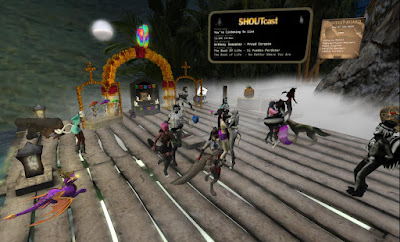 Some others were dressed for the next event. The result was a crowd of a couple dozen on the little pier. 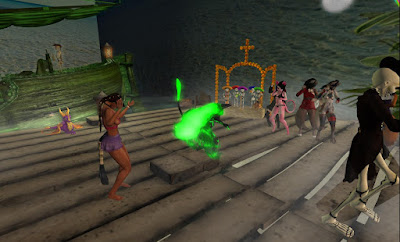 The ghost pirate island will be up at least until Halloween, Sunday October 31. There will be a special Halloween party then. After that, the build may be up for a few more nights. But eventually, it will go back to the mists from whence it came.

Posted by Bixyl Shuftan at 3:00 AM