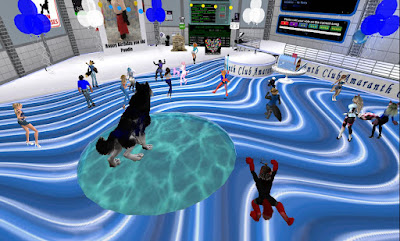 On Monday October 4, there was a birthday party for Sunweaver resident and member of RFL team Meli's Maniacs, Dusk Griswold. The party was held at Club Amaranth. 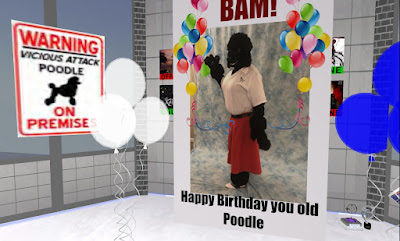 The theme for the party had been anti-bullying. But hearing about Dusk's birthday, some decorations and things were set up, such as references to Dusk's usual avatar in recent times, that of an anthro poodle. 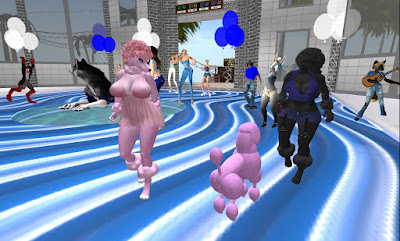 Dusk wasn't the only poodle at the party. Violet Solano, the club's manager, joined Dusk's pink avatar with her black poodle.

Posted by Bixyl Shuftan at 9:50 AM