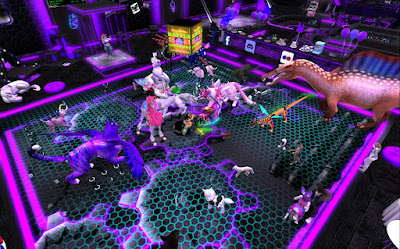 Saturday April 7 was Furry Fashion's 15th anniversary. And the Furry Fashion Lounge had an eight hour party marathon, with thousands of Lindens given out. 2PM was "Ferals", with DJ Sheba. 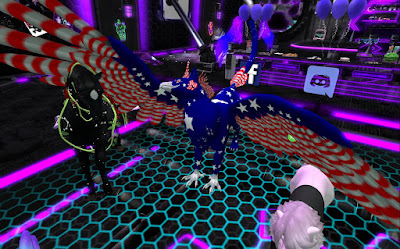 Plenty of people showed their more animal side, such as this star-spangled gryphon..

The winners were Teddy Cloud, Chanticleer Evergarden, and Synthedelica. 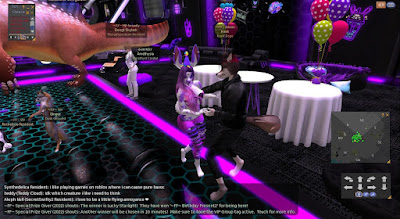 Store and club owner Amethysia (Amethyst Crystal) was there, dancing with a friend. 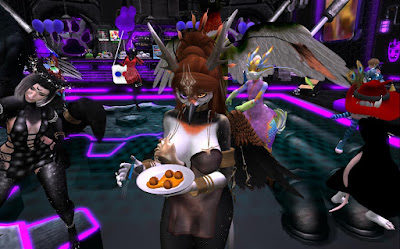 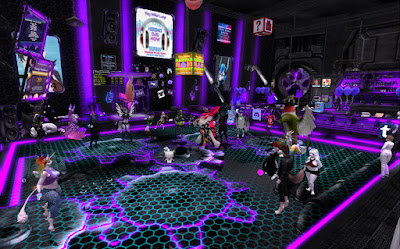 At 4 PM, the theme changed to "Fantasy," with DJ Minty. 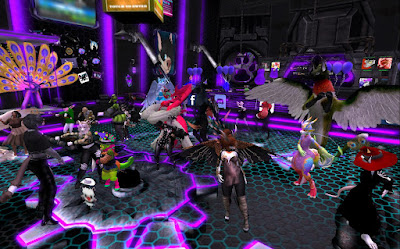 The winners were Sheba Metaluna, Phoenixrising97, and Pocket Joker.

6PM was Purple and Blue w DJ Saylor, and 8PM was CAYA with DJ Scratch.