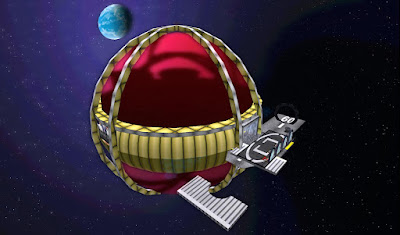 There's been a few happenings with the clubs in the Sunweaver area. Club Zero Gravity recently got something of a makeover. From the outside, it now resembles a red sphere with a yellowish belt. 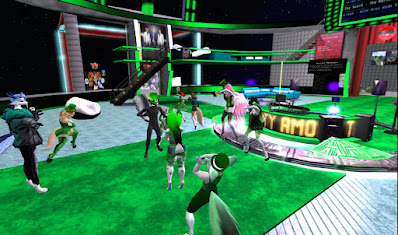 On the inside, the club's gotten something of an interior makeover from the metallic floors of a few weeks ago (the green color was for St. Patrick's), which had only seen minor changes since 2018. 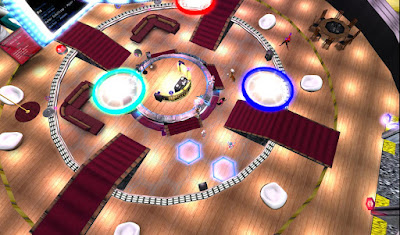 To now wooden decks, and stairs allowing smoother access to a lower section of floor, better reembling 21st Century clubs. But the techy feel hasn't gone as the area one steps in will light up. 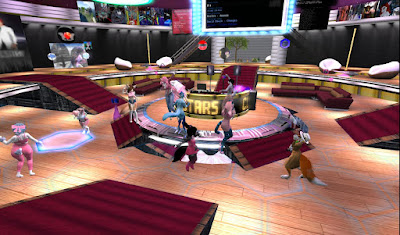 And the place continues to be "The Party Among the Stars." The club currently has only one event a week, from 4-6PM SL time on Wednesdays. But it is looking to hire DJs and hostesses. 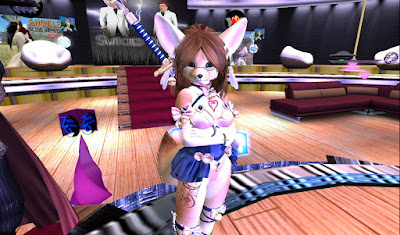 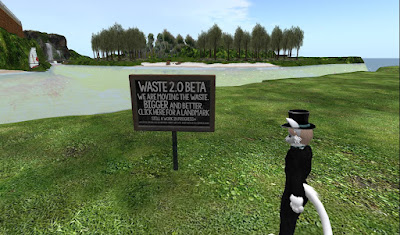 While most clubs and hangouts in the Sunweaver area try to attract the locals, this hasn't always been the case. Some time ago, someone rented some land in Sunweaver Bay and used it to place an urban block area with a portal that led to a club high above the sim. It was called "The Waste."

The Waste got a few curious visits from a few Sunweavers, but it made no effort to attract locals or join the Furry Club Alliance. It was just there, doing it's own thing with it's own crowd for many months, probably well over a year (I can't recall how long). Finally the other day, someone pointed out the city block was gone with a sign in the place saying the club was moving.

While a couple people felt this can only be good, the small amount of lag created by the club for people they never knew that was now no more, hopefully it will go on to a better future.

Posted by Bixyl Shuftan at 9:01 PM