Scenes From The Happy Vixen 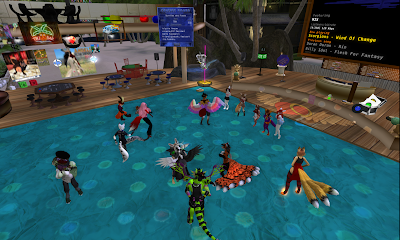 It seems in recent years, it's been getting harder and harder for a club in Second Life to draw a good-sized crowd. The Happy Vixen beach club however can bring in one. On Sunday afternoon Sept 29 at 3PM, they held their "Foxes and Bunnies" event. A total of about twenty-four showed up showed up over the course of the party. 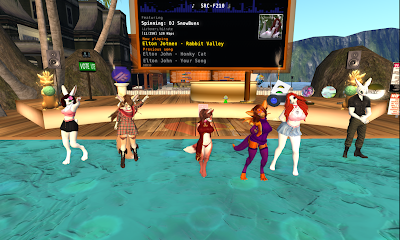 A number of fox and bunny songs were played, including "Rabbit Valley." 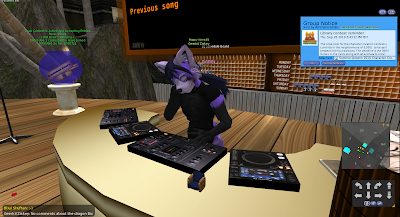 Other noteable events included Thursday September 26 at 6PM, the "Wah Party." DJ Geerkil got into the act himself with his own purple red panda avie.