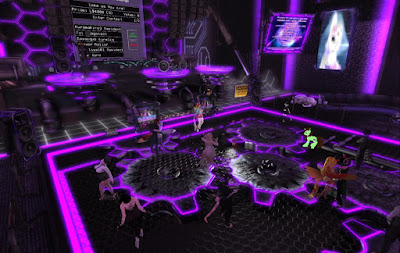 In the final few days of 2020, and the first few days of the new year, the club of the Furry  Fashion shopping mall, the Furry Fashion Lounge, was closed to events. On Wednesday January 6, it reopened, the event announced in group notices.

WE ARE BACK VIPS! Tonight kicks off the new Lounge with a special CAYA! 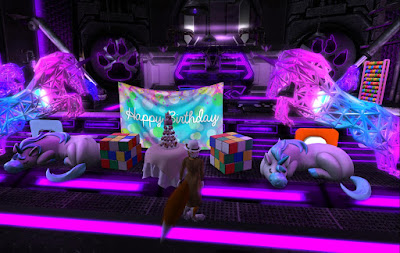 It was close to the birthday of the DJ, Minty Melody. So although the event was "Come As You Are," it was subtitled "Minty's Prebirthday."

It's time.. to reopen the lounge. Bigger, better and more awesome than ever ! 4500L$ on the contest and it's our resident Unicorn Dj Minty's ALMOST birthday ! Don't miss out and come party ! The theme is... EXISTING ! Come as you are and party the night away, this set got... sexbanged ! 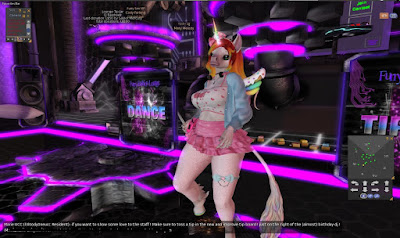 "It's ALMOST my birthday," she told the crowd, "My actual birthday is Monday. BUT that is another DJ's day so... WE ARE DOING THIS NOW!" 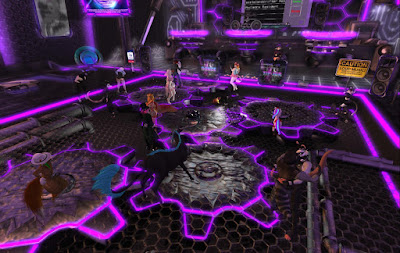 The party lasted for two hours from 4-6PM. There was various discussion, including how long Second Life has lasted, "Everyone who's tired to drive a car on the mainlands think about this: SL is old enough to get a driver's license." "In June, SL can legally drink in Canada. Not bad for a site people told me was dying in 2008!" Store owner Amethysia (Amethyst Crystal) commented, "Eh, people are still saying it's dying now. But I've seen it grow more than anything else this past year or so." 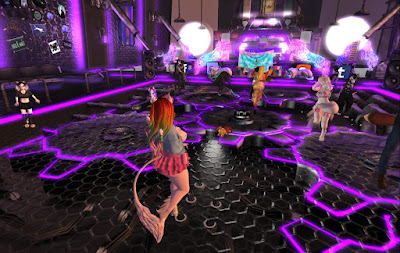 The club will still have several events a week, baring unusual circumstances.

Posted by Bixyl Shuftan at 9:01 PM